The German business and investment magazine “Bilanz” has just published an interesting article on the food provided at this year’s annual general meetings of Germany’s largest publicly traded companies (members of DAX). As you know, an annual general meeting is the place for all shareholders of a company to meet with its executives and be informed about both past performance and future strategy. At such a meeting you as a shareholder can expect a “buffet dividend” or “natural dividend” (this is what the magazine calls it). The host company would typically provide plenty of food and drinks to get you into a good mood and ready for the presentation and discussion marathon.  There are even people that only go to such meetings because of the generous food catering. On the other hand the food provided also carries a message. So if your company is going to announce a major dividend cut or is just short of facing bankruptcy, you probably don’t want to serve French wine and Russian caviar. On the other hand you can be more generous if you have good numbers to announce and can look optimistically into the near future. 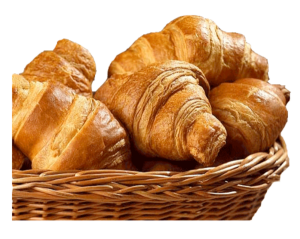 So if you want to know what was recently on the menu for German companies’ shareholders in 2015:

Tui: 400 halved rolls (well at least they were whole-grain) with salami and cheese